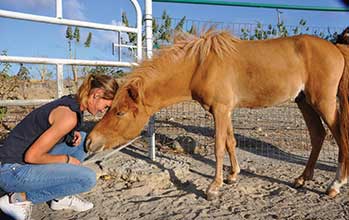 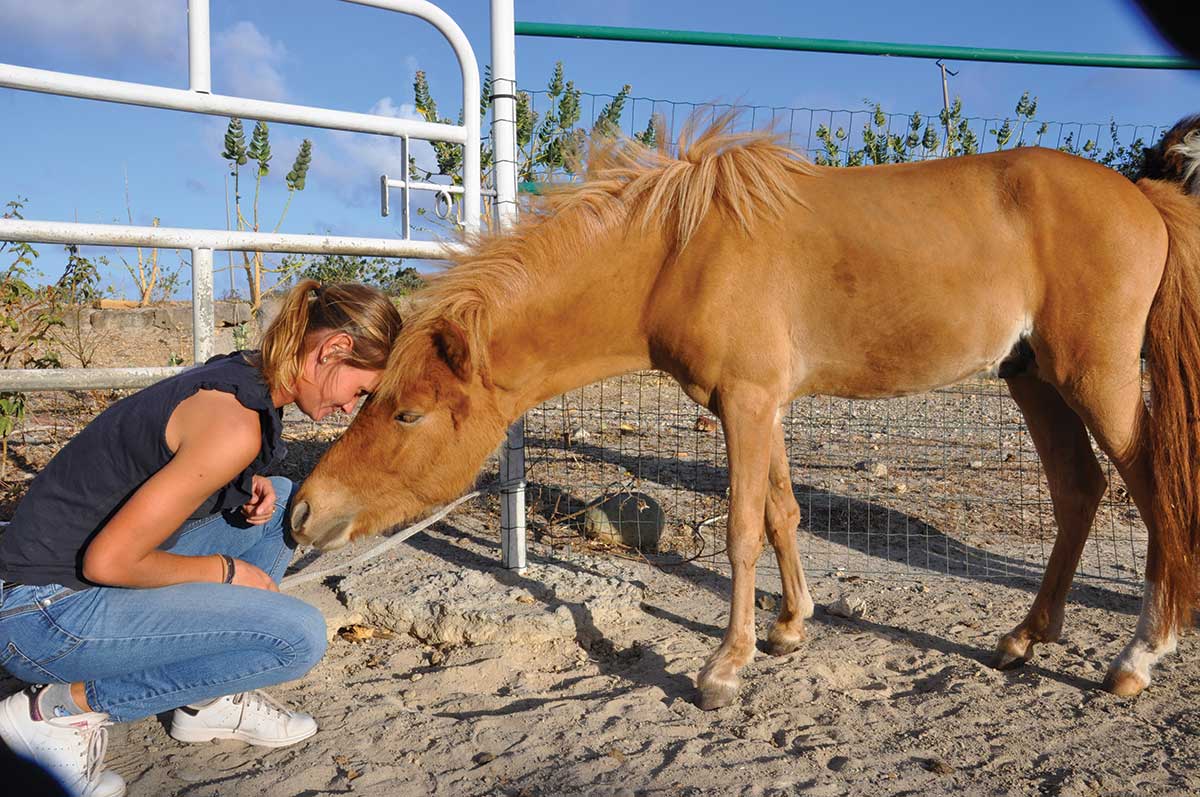 Very few people know about it: animal communication allows animals to express themselves through a human who feels and decodes the information transmitted. Ariane Leger, who practices it on the island, reveals its secrets and opens up the horizons of an invisible world.

What is animal communication?

It is a mode of communication with an animal that is established from “consciousness to consciousness”, from mind to mind through a state of alert receptivity and intuition. This nonverbal communication is a universal, silent language. The information sent by the animal is translated by our brain in various forms: thoughts, sounds, smells, images, deep convictions, emotions, words … these are what we call feelings.
This intuitive dialogue is not limited by time or space and can be done in the presence of the animal but also remotely through a picture. The information sent by animals may concern them but also the problems or emotions of humans around them… Like a mirror effect, highlighting things deeply buried.

How do animals react to communication solicitation?

Animals deliver their own vision of things as well as their own feelings. Most animals are happy to be able to express themselves, sometimes they try for years in vain. But it is possible, however, that they refuse or express themselves very little. It is their choice and it must be respected. Sometimes it’s not the right time or they may think that humans are not ready to hear what they have to say or that they do not really want it. The animal in question also may simply not want to.

How do you do it concretely? Is it a gift?

Each of us has this ability but we stop using it once we acquire language and education. The modern world keeps us away from it. You just have to keep your mind open without limits or beliefs. You have to be willing and courageous. The key word is benevolence. It takes a lot of practice. We must be guided to begin.
It is important to emphasize that I am only a mediator between humans and animals. I do not make any judgment or interpretation. I convey what animals express. It is up to the owner to interpret, but we can discuss it freely during the report.

It’s my life today, I talk to animals and they answer me. It’s not supernatural. It’s very natural, really. And the “whole thing” is still much bigger than my abilities and myself.

In which cases is this type of communication used?

Animal communication is used in many cases:
For a simple assessment, to deepen one’s relationship with the companion. To help understand, for example, a sudden change in behavior, or fear, or relationship problem with a human or another animal; or following a health problem; or as a support in difficult situations: convalescence, abuse, reintegration assistance, end of life… Also, in preparation for changes such as a move, a newcomer, a long journey, a castration-type operation, or to identify conflicts and their consequences, release negative information and blockages. This communication can still be used to support and monitor animals with a sporting or professional career (sport horses, racing horses or work companions).
But beware: Animal communication is no substitute for the diagnosis and care of a veterinarian or behaviorist. No medical prognosis will be established. This kind of intuitive dialogue is a punctual help, a way to communicate between the animal and the human, nothing more.

How did you find out about this profession?

Talking with animals is actually the thing I’ve been hoping for since I’ve been old enough to hope. Today, despite a path of life sometimes difficult, painful, I see that they have always been there for me. I am so grateful to have been heard and to be able to listen now. I want to emphasize the importance of my meeting with my soul mate and now associate, during my first training module. Since the beginning of this new life, it has been thanks to Stephanie, my friend and soul mate that I have never felt alone and misunderstood (not to say crazy!). Working together makes us stronger every day and allows us to experiment new uses of communication, the strength of these projections at an even more incredible level. I could never have hoped for a better partner.

What is the message of this practice for society?

I think that humanity has been suffering from a severe illness of disconnection with nature which nevertheless reminds us more and more of its anger. Hurricane Irma and all the catastrophes that keep multiplying are evidence of it. Our planet can’t stand that much anymore and then what will become of us?
I believe that by understanding animals more deeply we can begin to heal and save ourselves. They are ready to help us in spite of the horrors and atrocities already perpetrated. They have always had great wisdom that allows them to survive. Animal communication opens up so many possibilities. This practice goes well beyond the animal messages, it opens on the consciousness of the living and the invisible world. 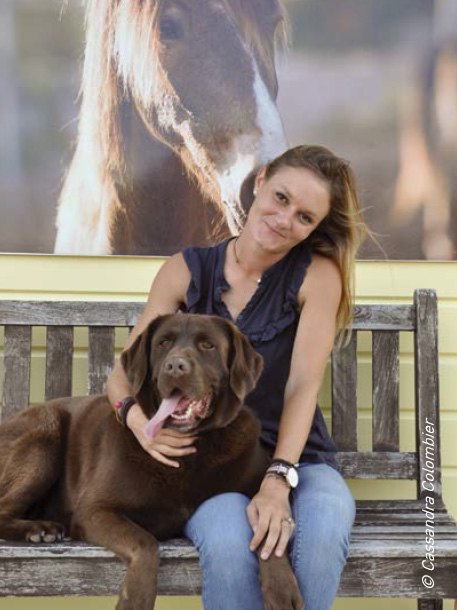 Ariane, a 28-year-old woman, with a mature, sensitive attitude, is determined in her convictions which she shares with special sensitivity. Ariane Léger grew up with pets in Chamonix, where the forest was her playground.

An instructor trained at the prestigious Cadre Noir, an elite corps of Riding Masters, at the French National Riding School of Saumur, Ariane graduated with a degree in management of equestrian activities. She discovered her passion for pedagogy, analysis and transmission, and more particularly for sharing between humans and animals.

At the end of her studies in November 2012, Ariane had a serious riding accident, fell into a coma and became hemiplegic. Throughout her one-year-long rehabilitation, at the end of which her abilities came back, a period of questioning and personal research began.

In 2017, by chance she came across Ariane Troubat, that she had met 15 years before, who communicated with animals and introduced her to this practice. Ariane started communicating with her horse, which encouraged her to go further, to open her horizons. She renewed the experience with her dog, and realized that this is what she had always wanted to do, but she simply hadn’t allowed it.

In February 2018, Ariane decided to train in this practice and completed her first intuitive dialogue training module. During this training, she met her soul mate Stephanie Deygas, who helped her throughout her learning process and with whom she successfully worked on many cases. Ariane then partnered with Stephanie for her practice.

Ariane left for St Barths on vacation immediately after her first training module, to come meet a friend. As she set foot on the island in August 2018, she felt anchored to this new ground. Life opened doors for her: great encounters and opportunities have come one after the other.