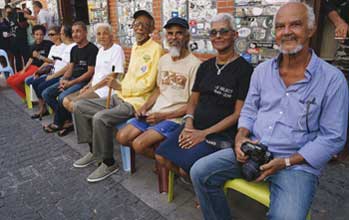 After meeting up with Michelle and Romeo, 2 of his children, we are able to present a portrait of Marius, well known on the island.
Along with the illustrated album by Edmund Guden, we’d like to offer some memories and pay tribute to him. 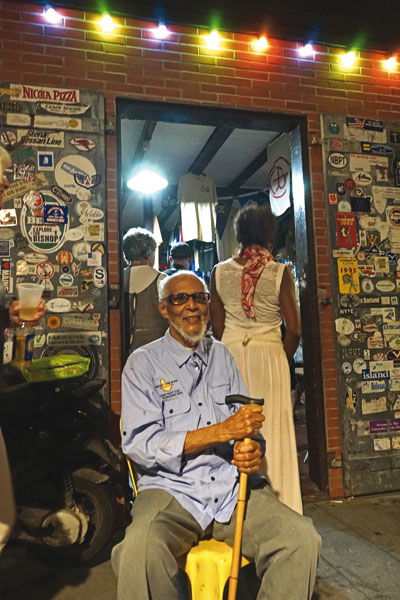 Marius was born in Gustavia on June 5, 1923. Despite modest origins which deprived him of studying, his enterprising and ever-optimistic character allowed him to become an emblematic figure of the island and leave his mark on its development.
At that time, his father ran a small shop. In 1928, the latter left for Santo Domingo to find work. He returned 2 years later and was appointed the island’s sole policeman until the year 1949.
When Marius was 13, he left school and helped his grandmother support the small family by selling bread in the countryside.
He then joined his mother in Guadeloupe to learn a trade. His parents wanted him to be a carpenter but he dreamed of going to sea and seeing the world.
For years, he labored on the Caribbean Sea selling salt, cattle, eggs and casks of rum among the islands. He earned little.
In 1940, he left for Saint-Thomas and joined the American Guard Services. He returned in 1943 to set out again at sea.
On November 11, 1949, with his wife Hélène, he opened the first bar on the island, “Le Select”, located rue Thiers today called rue du Général de Gaulle. Le Select moved in 1953 to rue de la France and then in 1977 to the former post office. The Select very quickly became the essential meeting place for the local population, visiting travelers and tourists.

At the same time, he worked at the Weather Station and received the Silver and Silver-gilt Aeronautics Medal for his 34 years of service.
His 9 children as well as his adopted daughter all participated in Le Select’s life, where books, records, record players, watches, cameras and so much more could be purchased.
Marius also organized the first associations in Gustavia including a football championship tournament in the savannah of Saint-Jean, and was the only bookseller until 1987. Books arrived from Guadeloupe by schooners. He was the only restaurant owner in Gustavia as well.
He also loved photography and, a tireless creator, he was a photographer for 35 years producing postcards of the island.
Le Select organized cinema screenings with the screening of westerns, Charlie Chaplin movies etc.
Marius is the real cornerstone of the beautiful Franco-Swedish friendship. He was received by the King of Sweden in 1981, who made him a Knight of the Order of the Polar Star, a distinction received in recognition of all his efforts to present and strengthen the ties between Sweden and Saint-Barths. 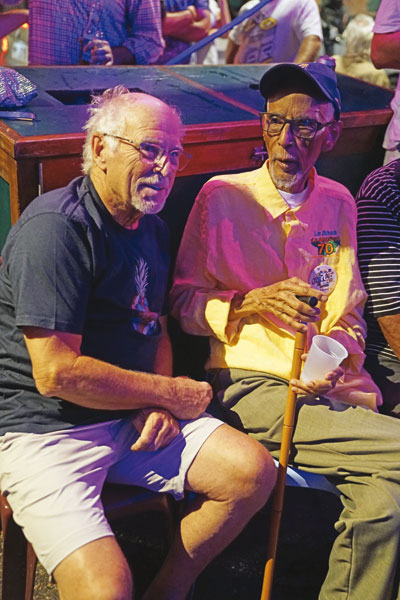 On July 7, 2012 he rose to the rank of First Class Officer of the Royal Order of the Pole Star by the King of Sweden. He was also awarded the Medal of Merit by the Mayor of the city of Pitae.
In his museum “Back Street Gallery”, postcards, photos, books, souvenirs etc. can be found: they are witnesses to his life and the island’s history.
In 1999 the Swedish couple Ingrid and Joachim Wall, a journalist and a photographer, published his biography entitled “A Man, an Island, a Life” issued in French, English, Swedish.
Each year on his birthday and the Select’s anniversary, the bar is the meeting place of a large gathering of friends and visitors from all over the world.