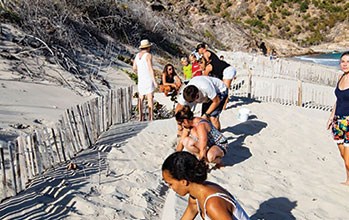 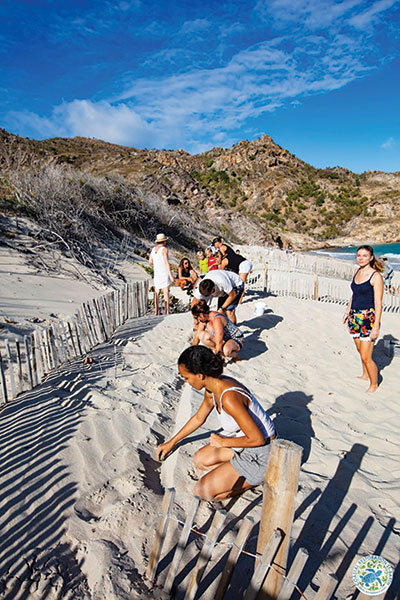 Why are our beaches disappearing?

Plants on the beaches are of great importance as they retain the sand in case of strong swells or hurricanes, thus protecting the back dune that shelters an entire ecosystem. 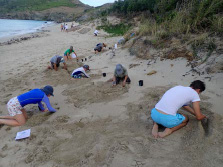 I began this restoration work in 2014 but was especially involved in 2017. The plants reintroduced in Saline made it possible to avoid a disaster by preventing the waves from entering the Saline or Colombier and thus avoiding the disappearance of a large part of the beach. If all the sand had gone into the sea, it would have asphyxiated the corals and seagrass living there.

Which plants are used?

The first two species that we reintroduced are ipomea pre-caprae and canavalia rosea. These plants play a very important role by stabilizing the sand thanks to their very deep roots but also thanks to their leaves that stop the sand grains blown by the dynamics of the wind thus creating a dune protection over time. 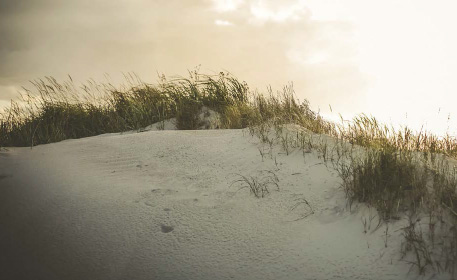 Hurricane Irma hit the island during a full moon, which means stronger tides: all the plant seeds were brought back very far inland, making it impossible for them to grow back on some beaches. They can take years to germinate depending on different weather factors but over time, I managed to have them germinate in just one week. 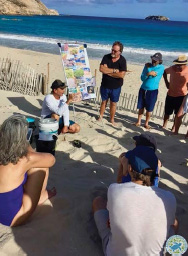 These plants are also essential in turtle nesting. The hawksbill turtle needs to lay eggs in the vegetation as it prevents the nest on beaches exposed to strong winds from taking on sand or losing sand and leaving the eggs exposed, thus having an impact on the number of births ! As for the green turtle, it feeds on seagrass such as thalassia, and the plants on the beach prevent the swell from taking the sand and the seagrass away to the open sea.

We organize field trips with schools and also with volunteers participating in this program to raise their awareness about the importance of beach plants and their preservation.
Claire Richer