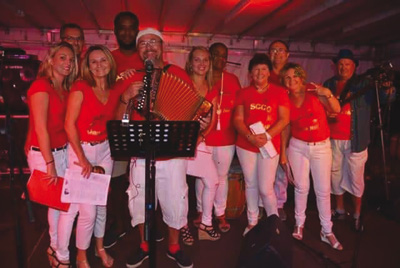 The origin of music in the family came from our parents. Dad played the accordion and Mom would sing church and other songs that one of her older brothers had taught her. Dad would play and we would all sit around him and listen. One of our memories in the 70s in Flamands was that, for the Christmas holidays, he would play music along with other friends who had various instruments, go from one house to another, have a drink, eat a piece of ham or local Christmas candy and play some music. 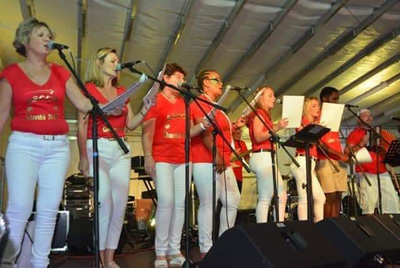 There were some great famous Caribbean songs. We carried on the tradition by playing as a family at our parents’ house. I took up the accordion, one of my brothers (Lèlek) the guitar, my sisters drums on pans, Ooye the grage , dad his flamboyant pod instrument and everyone would sing.
Much later, thanks to Danielle who had lived in Martinique and had immersed herself in this West Indian culture and tradition called “Chanté Nwèll” in creole, we decided to set up a better structure and play with other musicians and girlfriends who loved singing. We created the “Brothers’ Band” with guitars, keyboards, bass and started playing for associations and also at nursing homes. 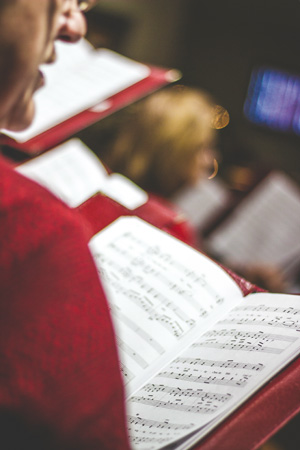 The ASSCO association allowed us to use a room for rehearsing and we all got involved. Then two nieces (Soraya and Laëtitia, Danielle’s daughters) joined Danielle, Zuzul, Lèlek and Nono’s band.
In our repertoire we of course took in old mythical songs as well as new songs all related to Christmas or the New Year.
The band was renamed “La Bande à Nono”. We printed booklets with the songs that are in our repertoire so that people who come to listen to us could participate, dancing or singing or both, often in a very good atmosphere.
The highlight for the band was playing in the 1st part of the well-known traditional Christmas singing bands “Cactus Chaud” from Guadeloupe and “Filaro” from Martinique who were pleasantly surprised by our performances and strongly encouraged us to keep perpetuating this tradition.
It is true that the current situation has slowed us down a bit, but we hope we can still sing and dance for the end of year celebrations and continue for many more years to welcome younger ones in the band and pass the torch to the family’s new generations.
La Bande à Nono
Danielle, Zuzul, Soraya and Laëtitia (vocals), Lèlek (guitar), Nono (accordion and vocals)
Other members: Régine, Mimi and Mathieu (vocals), Didier (keyboards), Solor (bass), Raymond (guitar, banjo, ukulele), Angélina (violin), Tiko (keyboards).
Technique and sound: Vince
Former members: Sabrina, Joël, Olivier, Mak