All about Feng Shui - COCCOLOBA

All about Feng Shui By Olivia Bertaux, Feng Shui practitioner 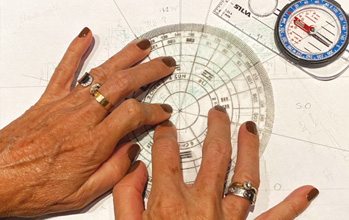 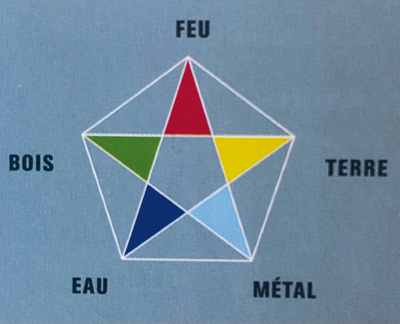 Feng Shui is a home design technique promoting the well-being of inhabitants.
It has been an ancestral Chinese discipline for more than 3500 years. It means “Wind and Water” and indicates an interaction between visible and invisible natural elements.
This discipline is recognized as a very powerful science by dictatorial emperors, as well as communists like Mao Zedong.
Feng Shui arrived in the West about 40 years ago. It was first developed in the United States and Great Britain, before France due to the French Cartesian mind.
Feng Shui does not bring certainty, but fine and subtle results – trying it is adopting it.
Chi: the vital energy of the Dragon’s Breath
This goes through TAO which is the Universal Order according to Chinese belief; it is the way of the middle; this order is made perceptible by the existence of the Dragon’s cosmic breath, energy more particularly called Chi.
We are all aware of an “invisible” energy that runs through and animates the human being, we can rebalance them by doing sports, energy massages, meditation, relaxation, yoga, etc.
What we are less aware of is that color, shape and material give off vibratory energies that are either soothing, stimulating or disturbing.
Feng Shui uses all these elements to find balance.
The 5 elements and the cycle
Feng Shui relies on five elements: fire, earth, metal, water and wood.
There is interaction between all these elements that come alive in a cycle simply called the cycle of elements: a cycle of transformation which balances Chi within your home and environment.
The number KUA 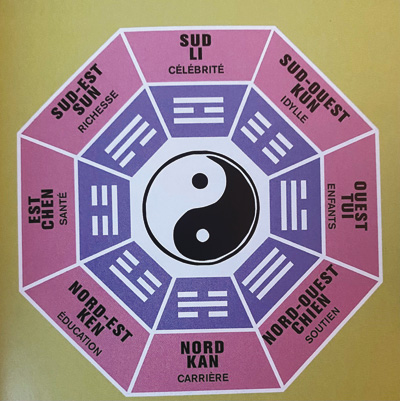 Each individual is associated with an element calculated according to their date of birth. Once the individual is connected to one of the five elements, their personality and group can be defined.
From this stage, we can assign directions that are favorable to this individual and those that are less favorable.
The point is to bring guidelines to each person so that they can draw the right energy for the activity generated – for example, the direction of health in the kitchen, the direction of vitality in the office and the direction of calmness in the bedroom will be favored.
PA KUA
PA KUA is charged with energy by the trigrams, or symbols with three lines. There are 8 trigrams. PA KUA makes it possible to sectorize the habitat and distribute human aspirations within it.
In a Feng Shui study, all these elements are gathered, analyzed and worked on in order to rebalance the energy within the house so that harmony is as favorable as possible between the house and its inhabitants.
THE FOUR CELESTIAL GUARDIANS
Their role is to symbolically protect the habitat from the bad Chi. They are 4 of them: the Scarlet Phoenix, the Green Dragon, the White Tiger, the Black Turtle.
Each has a distinctive protective role due to its location – the Scarlet Phoenix is always in front, the Green Dragon on the left, the White Tiger on the right and finally the Black Turtle at the back.
SCHOOLS
There are three schools in Feng Shui: Forms School, Compass School, Flying Star School.
They are all used together because they are all complementary and a study could not be accurate if based on only one school.
Please note that Flying Stars change every year. It is therefore recommended to have a “Flying Stars” study done every year in order to make modifications if necessary.
THE REASONS FOR A FENG SHUI STUDY
Some people may request a study for several reasons: